Adventures in Developing Film at Home 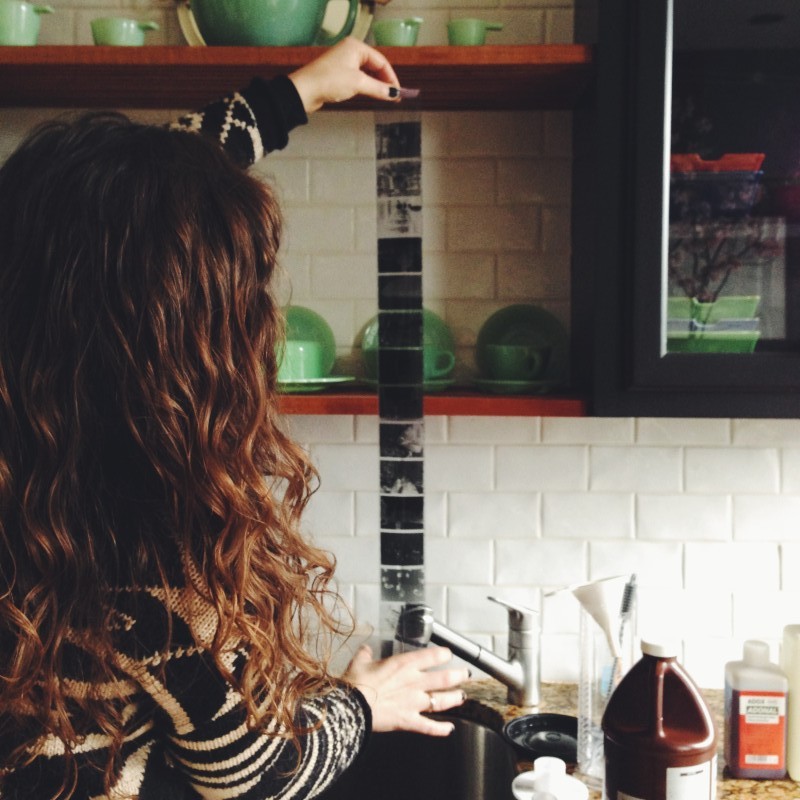 My friend Alex has been on a tear recently developing her own film at home. I wanted to get in on the action too…by watching her. I’m not fastidious enough to be a fan of the process, but it doesn’t mean I don’t appreciate it! She was nice enough to come by one day with all her supplies. We loaded our cameras with black & white film – for me a medium format and an old rangefinder camera – and off we went shooting. Here are some of the results. The negatives were scanned at home too with an Epson scanner. Pardon the dusty scans :) 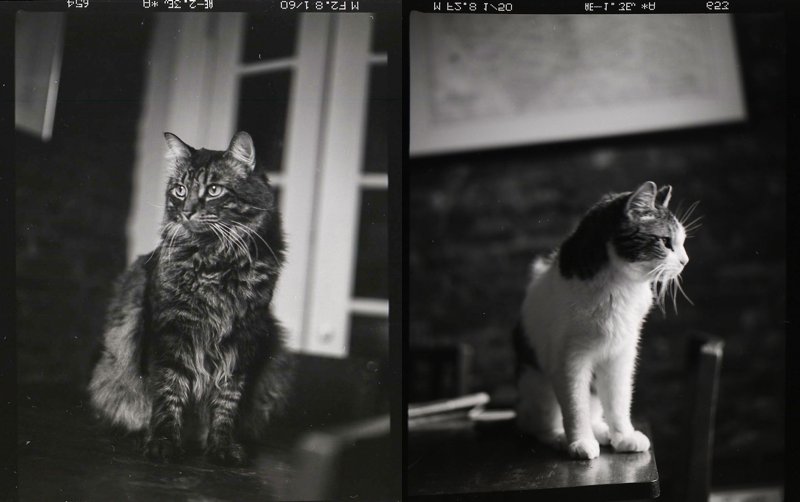 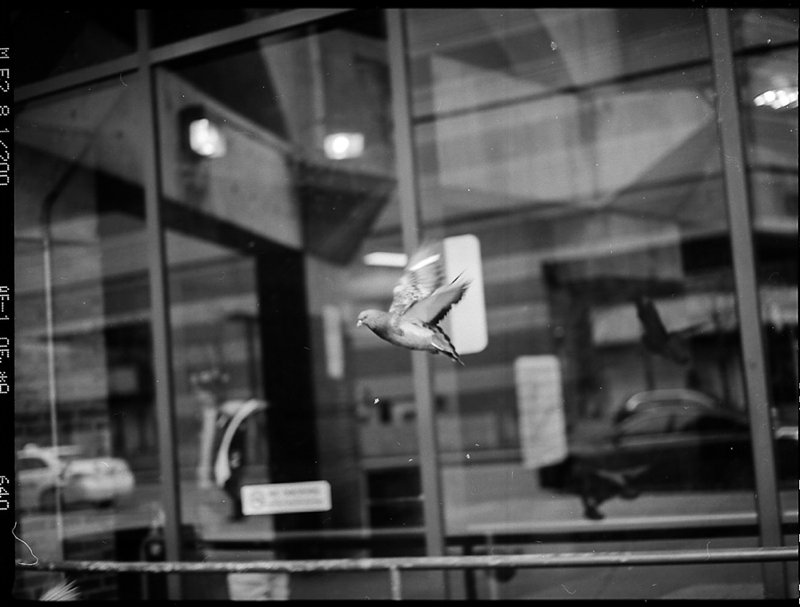 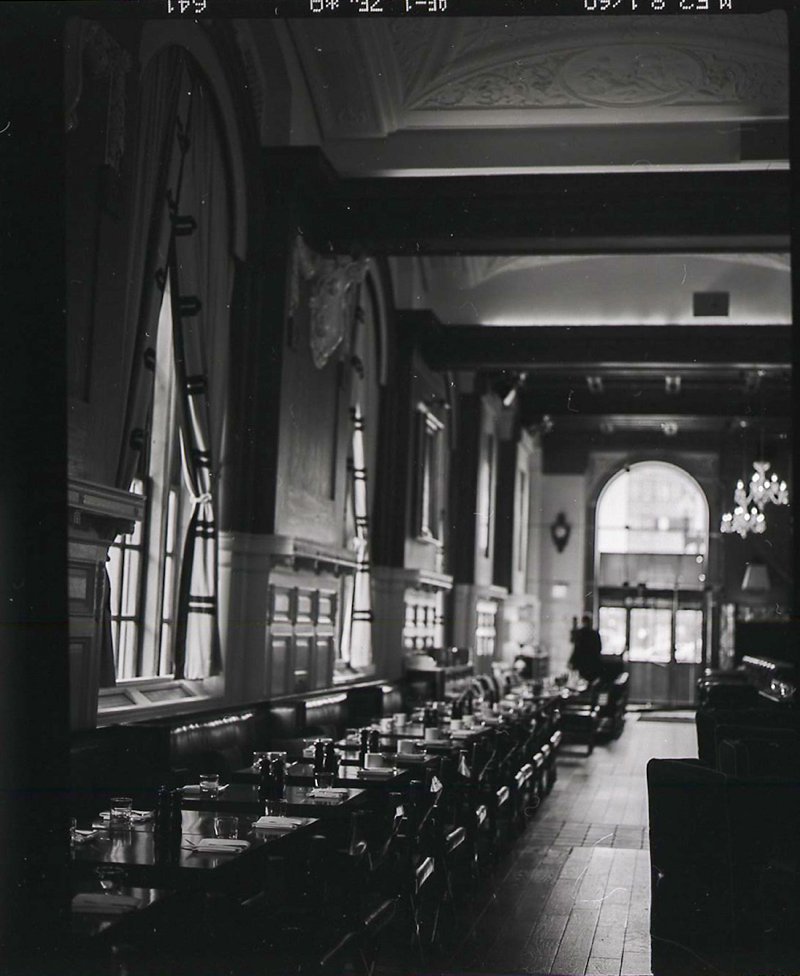 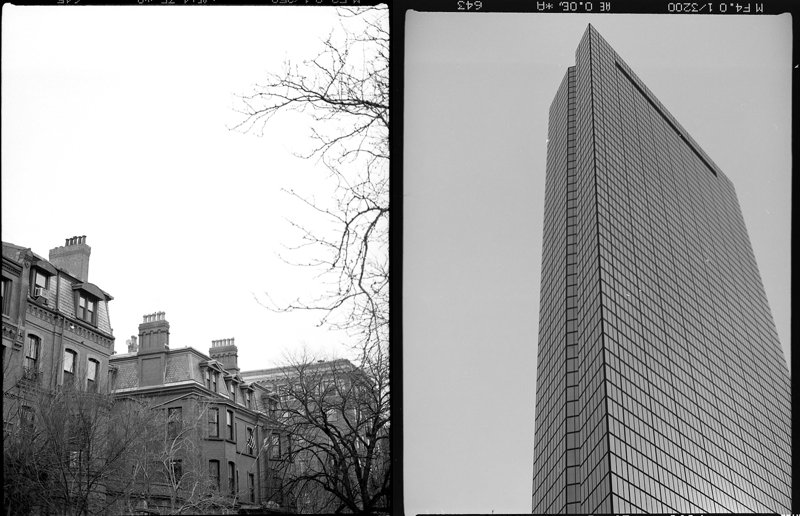 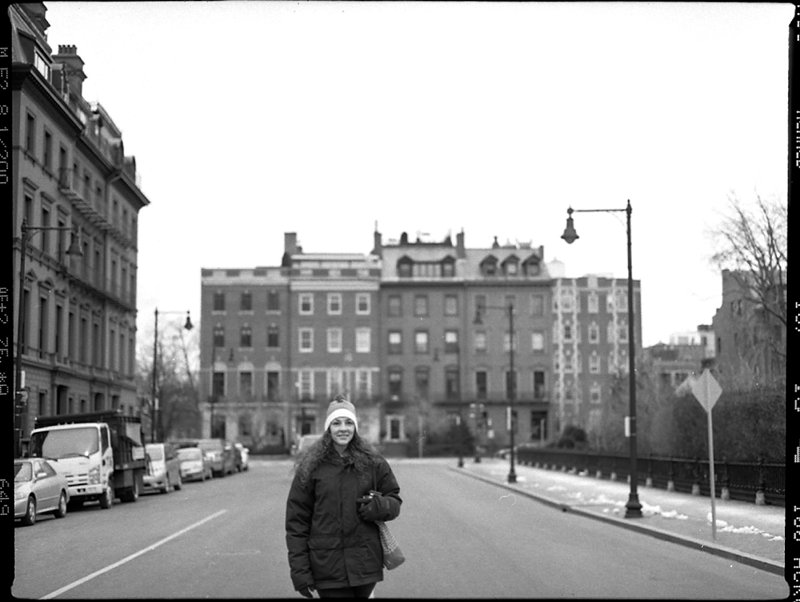 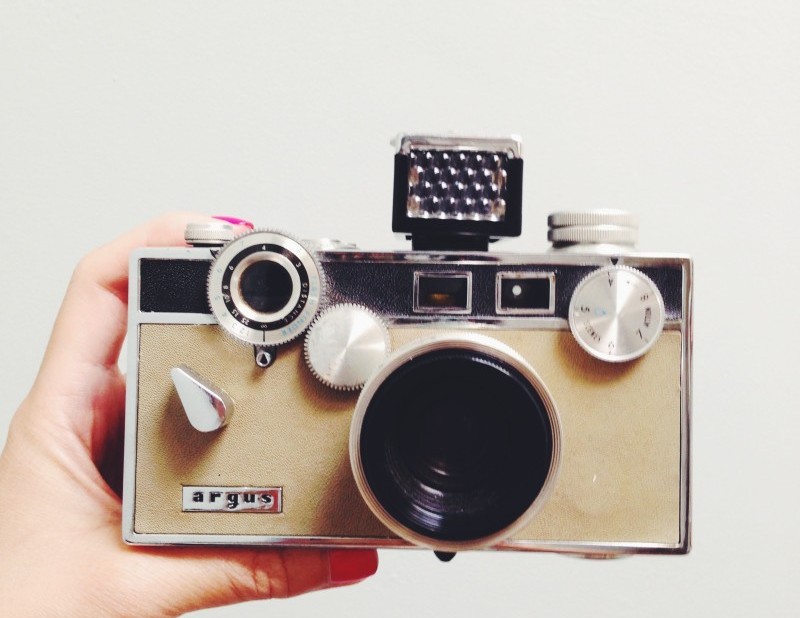 While we were browsing an antique store over the summer, Dan found this camera and was attracted to its design, the knobs, the gears. The Argus is an American-made rangefinder camera that was mass produced from 1939 to 1966 and was the best-selling 35mm camera in the world during that time! We even had the manual which touted the camera for its “ease of use.” Well that was a bold-faced lie, how dare they. Separate from the viewfinder is a focus window, where you’ll see two images of your subject super-imposed on each other. Once you align the two images, the subject is in focus. The window is SO SMALL (so, so small) and the image so muddled that it is almost impossible to see what you were looking at, much less get it in focus! You can forget capturing spontaneous moments. It took me a full 30 seconds to focus and even then…The only sure way was to focus on something with a straight edge, or have your live subject hold up a piece of paper, a book. It took me two weeks to go through 36 exposures. 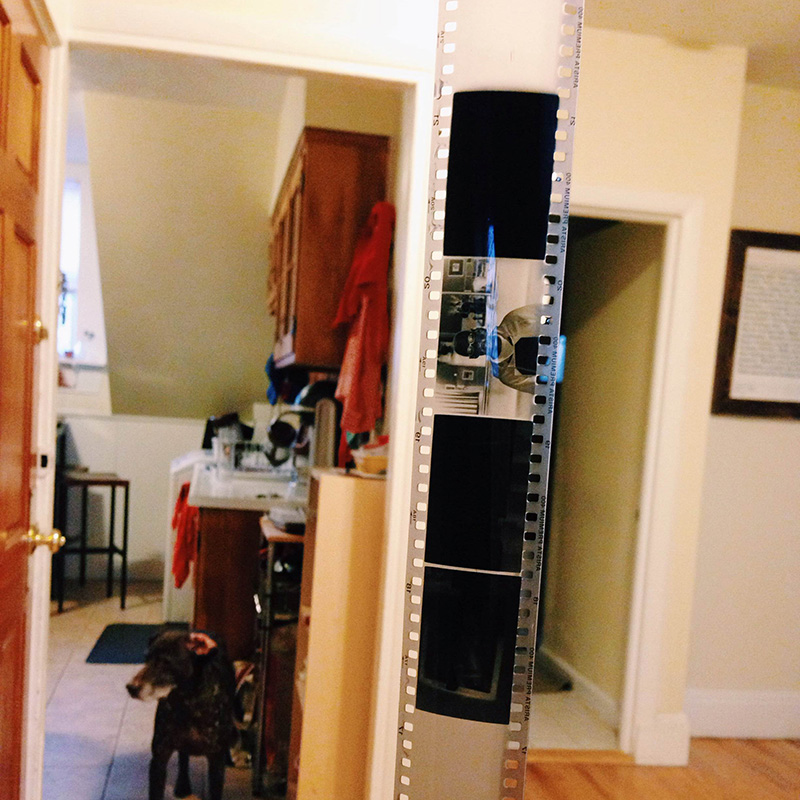 Above is the black and white roll developed and drying. As you can see my metering was pretty bad! I just guessed. I shot most “wide open” at f/3.5, and a few sunny landscapes at f/16. The fastest shutter speed is 1/300th, the slowest 1/10th. All the sunny shots came out overexposed. Some of the underexposed ones were so bad they had no data at all, ha ha. They were, however, in focus! For the most part. I had one double exposure of Alex and Bingley that came out really great, and one frame of Channing that was exposed the best. Everyone looks stony-faced because they were waiting for me to take the damn picture already. This whole process was a lot of fun and I’ve already popped color film into the Argus. This time I will meter properly. 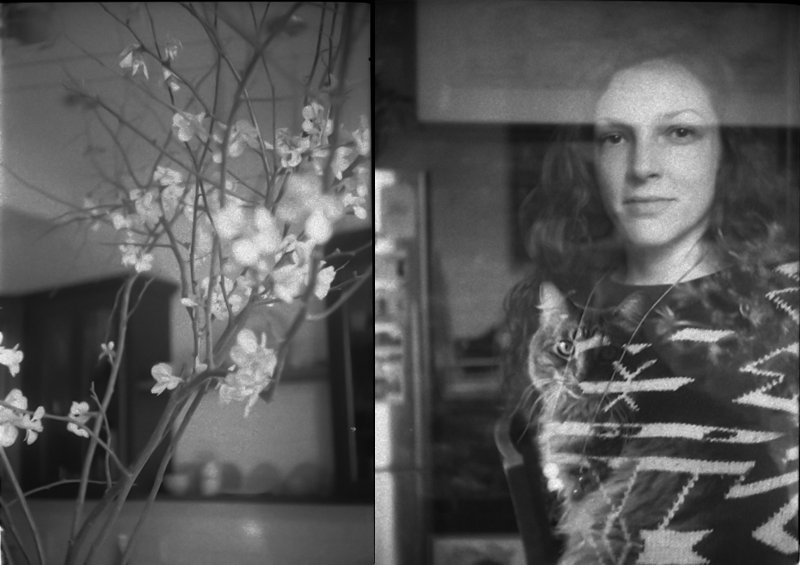 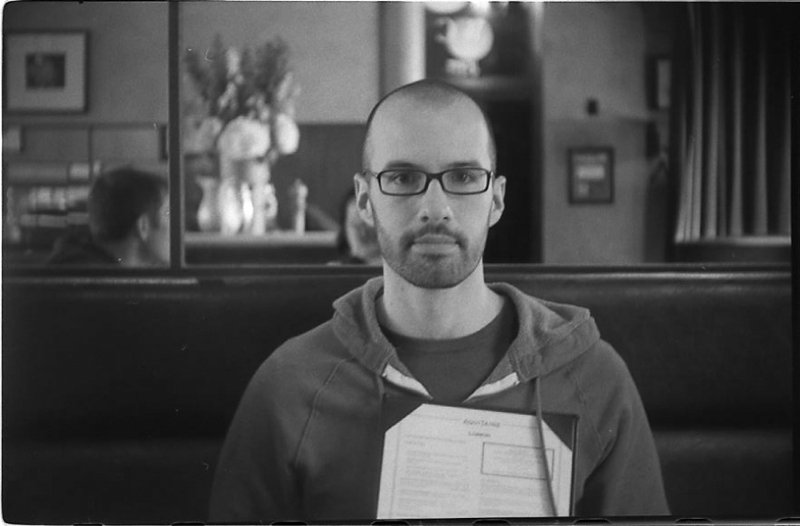 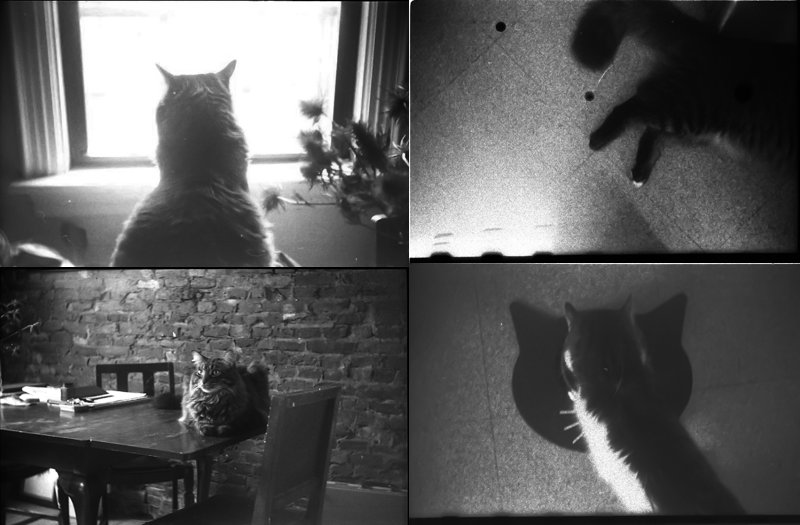 A Snow Day for Quigley